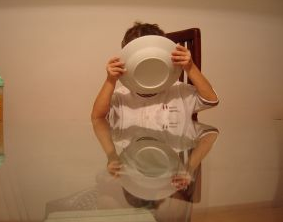 Getting used to a new country’s food is just one of the adjustments internationally adopted children will need to make!

With the recent signing of an agreement between the U.S. and Russia that tightens the regulations on Americans adopting Russian children, the issue of intercountry adoptions has once more been put into the spotlight. All adoptions require a degree of adapting, but if the child is not only moving home but moving country does this make the process any more difficult?

There have been a number of high-profile adoptions by celebrities, and intercountry adoptions in countries such as the U.S. and UK reached highs around seven years ago. However, stories such as that of the American woman who sent her adopted Russian child back to Russia on an aeroplane alone have demonstrated the difficulties that can arise. International adoptions have declined from an estimated 45,000 in 2005 to 25,000 in 2011.

There have been many reasons cited for this decline, one of which being the Hague Adoption Convention. Guatemala was one of the countries from which Americans adopted most of their children in 2008, but adoptions from there have now been put on hold as a processing system that complies with Hague regulations is being set up.

Another reason for the decline may be the stories of fraud and trafficking surrounding the topic, raising questions as to where some of the adopted children have come from. There was also bad press over the American woman who, in 2010, sent her Russian child back, after which adoptions from Russia to the U.S. were temporarily suspended.

Adoption paperwork can be overwhelming

The way in which the process works depends on the countries involved, but it can be a long and paperwork-filled journey for some. Qualifications have to be met both for the adoption itself and for the granting of new citizenship to the child. Once these stages have been completed, the hoped-for happy ending (or beginning) is in sight, and for every bad story reported in the press, there is another success story.

However, adopting abroad is far from straightforward, and there will naturally be a period of ‘adoption adaptation’; the process does not simply end with the filing of the final paper. The older the child is, the longer this adaptation may take, particularly if they have come from more difficult backgrounds. There have even been suggestions that not enough support exists to help families adjust once the adoption has taken place.

In the case of the woman who sent a boy back to Moscow, behavioural issues and violence were cited as being the reasons she no longer wished to parent the child. Most adoptions don’t reach these extremes, however moving both into a new family and a new country at the same time is a big change. Children adopted internationally are often faced with a brand new language to master, as well as changes in diet and customs. Imagine the culture shock of moving from China to America, for example, compounded with finding yourself in a new family, with new parents; a change even harder for older children.

There is the question of how much, and how, to keep them in touch with their home culture. UNICEF sparked debate a couple of years ago with their position on international adoptions, seeing them as not always the best first choice and putting importance on the child’s birth culture and heritage. MPs in Rwanda have in fact raised questions over the extent to which a preservation of Rwandan culture and values is a part of adoption arrangements.

Maintaining connections to their home culture will require knowledge and effort on the part of new parents to ensure that children have an awareness of their two cultures and why they are linked to both. South Korea even offers ‘cultural training camps’ for children who have been adopted from abroad, introducing them to their birth country. Similar camps are also offered in the U.S.; at a Vietnam Heritage Camp, for example, children adopted from Vietnam can spend time with other Vietnamese adoptees, learning about the country’s history and culture.

What is in a child’s best interests is a much-discussed issue, and every family is different. Currently, the ‘cultural decisions’ are mostly left to the parents, though ensuring a child belongs in their new home country and maintaining connections to their roots is surely a balance worth striking.