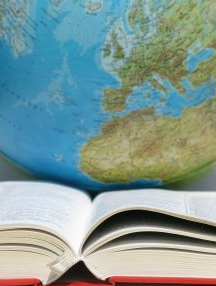 Education of the future at Avenues.

September 2012 marked the private school, Avenues, opening its doors to the future generation of multilingual and digital savvy students.

As an expat, the first thing you probably realised is that having multilingual children is a huge advantage for them, both in terms of career prospects and for the sake of appearing cultured.

You may be interested to learn about Avenues, a new school which is an advocate for multilingualism and technology. At this school in Manhattan, New York your child will be integrated into classrooms where they will be learning and speaking in Mandarin and Spanish as well as English.

Once in these classrooms, they will be using an iPad from the age of seven, proving that the school lives up to The Wall Street Journal’s review as ‘the most technologically sophisticated school in the country.’

Avenues plans to open 20 campuses all over the world within the next 10 years in places including London, São Paulo, Mumbai and Beijing. Avenues is not currently a hub for expat kids, nor is it recognised an international school as 80 percent of parents are New York locals with the means to afford the $40,000 a year fee.

Instead, it wants its students to leave the school multilingual and technologically savvy, while the school develops into as Avenues names it, a ‘world school’ where students will have the chance to study at other campuses across the world while learning fluency in new languages.

The main reason for this private school developing is that the CEO, Mr Whittle, believes that the current education system has become stale, especially with regards to modern language learning. He is convinced that because we are so used to one way of education and always have been ‘if a Martian came to earth and went to a school in Notting Hill or Beverly Hills or Beijing, they would think they were all pretty much the same thing.’

Not only will Avenues prepare its alumni for the global market, it will also host the students in an out of this world, high ceilinged and spacious setting. The school boasts ‘unusual light’ with 700 ten-foot-high windows.

According to Avenues, The idea of the global student is not just one about language learning. Its pupils will study classes on global subjects such as demography, environmental sustainability, world geography, economic trade and world religions. Students will even have classes on email etiquette, preparing them for the digital age too. In short, Avenues wants to brace their students for the future as multilingual, global and technology trained citizens.

In their school life, pupils will be given the opportunity to study abroad in Europe, Africa, South America, India and China. The purpose of this is not just for students becoming well rounded individuals with a cultural alertness, but also, for college and university applications, where global experience is appreciated.

In retrospect, as an expat you may worry about which school to put your children in and whether an expat education is the best quality learning environment for them. For New York locals willing to put their children into Avenues, they have chosen an expat education, as having children fluent in a second and even a third language with a global understanding seems to be the fashionable thing. But as an expat learning another language, you and your children can probably get this type of education gratis, albeit not as in such a bright environment and with the standard pen and paper.