International education in the UAE 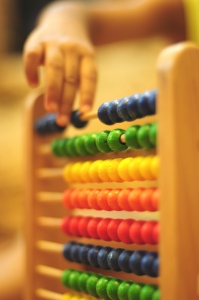 UAE aims to develop its education system and to create some of the best schools in the world.

When expat families move to the United Arab Emirates many choose to enroll their children in an international school, often one which follows the curriculum of their home country. Previously, international schooling was the only option as expat kids were not allowed to attend government schools, however, as of 2006/2007 they can now enroll for a fee.

International schools following various curricula are found across the country. According to the Minister of Education, the UAE aims to develop its education system and to create some of the best schools in the world.

The UAE is a prefered country among expats with many on work assignments with multinational companies. International schools and westernized schools, that cater especially for expat children, offer an international environment and a curriculum which often closely mimics a British or American one. These schools also offer international exams such as the International Baccalaureate, iGCSEs (British), and SATs (U.S.).

The majority of  international schools are managed or run by English-speaking expats. Sending your child to an international school enables them to mingle with other expat kids and allows them to study in their language, helping them to settle into a new country without too much upheaval. Moreover, the majority of schools have a similar timetable, structure and times as schools in your home country.

School fees in the UAE can be a nightmare for parents, since there is no free state education for expats kids. Private schools in Dubai for example, charged between US$2,612 (AED 9,595) and  US$25,198 (AED 95,199) per year in 2013. The school fees increase depending on in which grade your children are. Bus fares, uniforms, books and field trips are extra costs that can add up to a few hundred AED. Many expats have school fees included in their relocation package if they are transferring with their company.

It is highly recommended to apply for schools as soon as possible because international schools throughout the UAE can be oversubscribed. However, the admission procedure isn’t complicated.

Have you sent your children to an international school in the UAE? Let us know your experiences in the comments section below!