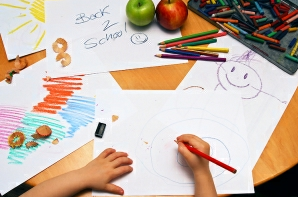 One school in Birmingham, England has pupils who, between them, speak 31 different languages at home. Image: © cienpies.net

Schools in London have some of the most ethnically diverse students in the UK. In a recent study, information was collected on the language children speak at home. It found 60% of students reported English as their first language. Nearly 40% of those surveyed speak a minority language at home. Bengali, Urdu and Somali are the top languages spoken after English.

“London’s increasing language diversity attracts much interest and debate among public service providers, educationalists and the public. Yet little was known about the numbers of people who speak different languages, and the implications of this dimension of population structure and change,” explains Professor Dick Wiggins of the Institute of Education, University of London.

In the news recently it was reported that students at a primary school in Birmingham, England, spoke 31 languages between them. The languages, all spoken as a first language, include Arabic, Spanish, Tamil and Polish.

As expat families discover, enrolling your children in an international school isn’t the only option when relocating abroad. In a state education system with such diversity teachers are well trained in dealing with pupils for whom English isn’t the first language. This extends to managing cultural differences and behaviour.

While the school in Birmingham clearly presents a challenge to teachers, it has achieved remarkable results. Last year 91% of students scored the benchmark level of four or above in their English SAT exams. SATs are standardized tests in English, maths and science and are administered as part of the National Curriculum in years two, six and nine.

According to the HSBC Expat Explorer survey the UK ranked third in terms of the quality of education available. This was behind Singapore in first place and Hong Kong in second. Many teaching degree now include teaching English as a second language in their curriculums. This is set to improve the way teachers interact with students who are from another culture.