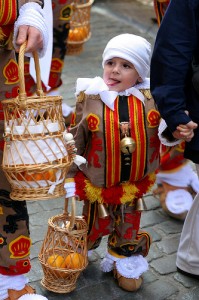 HSBC’s 2010 Expat Explorer Survey found Belgium the top destination for expat kids, based on the quality of childcare and education available. The survey noted that

Interestingly, this reduction in cost is accompanied by an increase in standards. Whilst 65% of expats believe that the cost of childcare is lower than in their home country, a further 68% think that the quality of childcare received has actually improved upon relocation, showing that for expats in Belgium good quality childcare needn’t come at a high price.

Belgium’s performance was slightly less impressive in terms of children’s health: expat kids in Belgium tended to play less outdoors and eat more junk food than kids in other European countries. Indeed, the survey found expat families largely content with their children’s well-being in mainland Europe: Spain, France and Germany were all ranked within the top five. This stood in sharp contrast to the situation in the UK and across the pond in the US–both sat squarely at the bottom of the list.

When it came specifically to health and well-being it was Spain that took top marks. Expat kids in Spain tended to eat less junk food, play less video games and play more outside than those in any other country. HSBC speculated the country’s pleasant climate had a crucial role in encouraging kids to stay active, analysis backed up by results out of Middle Eastern countries like Qatar and the UAE:

In Qatar, 39% of expat parents say their children are playing more video games. Parents in Middle Eastern countries also say that their children are more likely to spend time on the internet since relocating, with Qatar at 61% and the UAE at 59%, compared to those who ranked highly on the health and wellbeing league tables (Spain 33%, Canada 46% and Australia 36%). This may well be a consequence of the high temperatures in the Gulf countries, where the heat makes outdoor activities difficult during the hot summer months.

HSBC announced the close of its 2011 Expat Explorer Survey yesterday, so we’ll soon know enough whether Spain and Belgium have managed to hang on to their spots.