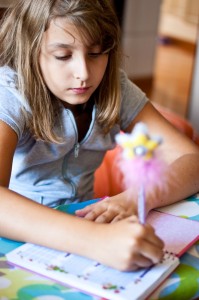 Kids might moan in the short-term, but using your expat status to give your children the advantage of another language is something that every parent should consider.

It’s often the case with children of foreign language-speaking parents that they’ll want to stick to one language, while the other falls by the wayside. For those who attend local schools, and are instructed in the local language, the desire to speak what their friends speak is only natural – even at home. By the same token, expat kids in international schools being taught in their parents’ native language might be reluctant to speak the language of their adopted country.

But the benefits of bilingualism are now beyond dispute. First and foremost, a bilingual person clearly has a much more valuable skill set as an adult – a huge advantage in the worlds of education and work. But more subtle benefits of a bilingual upbringing are now beginning to be uncovered by researchers.

It was recently discovered that in addition to being better at planning and cognitive control, bilingual children have better working memories. Moreover, the myth that growing up learning an extra language means you’ll have added difficulty learning the language of your home nation has now been busted. On the contrary, research carried out by the Multilingual Manchester project has shown that children improve their ability in all languages for every new one they speak.

If this wasn’t enough evidence of the advantages of a bilingual upbringing, it now seems that the onset of dementia in old age can be significantly delayed, occurring on average four years later for bilingual people than for the rest of the population.

Of course, bringing kids up bilingual is easier for some families than others – especially those with parents from separate linguistic backgrounds where the use of two different languages in the home is the norm.

However, the reality for most expat families is that parents will only speak one language, and for them, the challenge of instilling bilingualism into their children requires more effort. Putting kids into a local school where another language is the medium of instruction makes a lot of sense; but in many parts of the world educational standards are simply not as high as in international schools. Indeed, for many expat kids, exposure to the local language is something they may get only in very limited doses.

This is where parents should consider the advantages of increased exposure and private tutoring. Being brought up in a foreign country has its challenges for children, but the advantages are huge if parents take a few conscientious steps. Bringing your children up bilingual is a task that’s surely worth the effort.