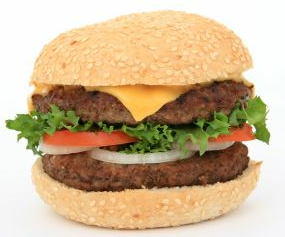 Nearly 40 per cent of Emirati and expatriate schoolchildren in the UAE have been classed as overweight. News which has prompted recent worry amongst health professionals and parents alike. The UAE is not alone in this, however; excess weight is a problem affecting children in many countries and is linked to health problems later in life. As of 2010, more than 40 million children were classified by the World Health Organization as being overweight.

Ensuring your child is eating right is important no matter where you may be living, though it may prove more of a challenge in some countries than others, or in a time of upheaval, such as a relocation.

Not only will school lunch offerings differ, but you may also have to adapt to a different eating culture altogether. Mealtimes may change, the ‘popular’ snacks may be different and food that you are used to buying may not be as readily available. However, it seems that the culture of junk food is becoming more and more international; increased consumption of western-style processed food has been reported in developing nations. Soft drink consumption, for example, is expected to double in the next five years in Vietnam and India, and to increase by 50% in China and Egypt. The percentage of obese children in China grew from 3.9 to 6.5 per cent between 2005 and 2010. Although this figure may compare favourably with some other countries, it suggests that it’s a growing problem, and one to be tackled from a young age.

The USA came bottom out of the ten countries that feature in the HSBC Expat Explorer Survey under the criteria of ‘My children are eating less junk food now’. The UK follows in ninth place, and the UAE is eighth, whilst France meanwhile, comes in first. Of course, statistics may have little bearing on an individual child’s diet, and it’s important to know what your child is eating, particularly when not at home.

It’s worth checking what schemes and guidelines are in place regarding the school food in your new country. School meals in France, for example, are often described as being a fairly sophisticated affair, and keeping your child’s eating habits healthy may be easier if the food placed in front of them at lunch time is not a burger and chips. France’s child obesity rates have also remained between 6 and 8 per cent in the past 20 years, whereas in the USA, over 20 per cent of children are classed as obese.

Moving abroad with a child who has become accustomed to the tastes of your home country may pose the odd challenge when it comes to mealtimes, and eating ‘home foods’ can help in the adjustment process. However, introducing them to the traditional (non-processed) foods of your new home may be a step in the right direction when it comes to avoiding the increasing onslaught of junk food.