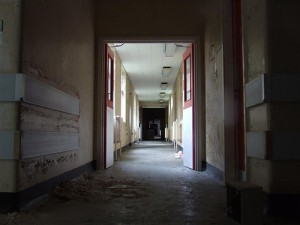 Thinking of having your baby in Saudi Arabia? You may reconsider after reading expat horror stories of the Kingdom’s maternity care.

One man, Chris, said his wife was forbidden from breast-feeding her baby by hospital staff, and generally treated “like furniture.” His co-worker Ahmed–who had originally advised Chris to return to the US for his wife to give birth–told an even more frightening story:

My premature child was placed on a ventilator and neglected. As a result of prolonged exposure in the ventilator, his eyes were damaged. The baby was hospitalized for 3 months. During this time, they gave the baby the wrong medication which caused bleeding of the ventricles. During the course of his stay he was given 40 x-rays. The hospital billed us 300,000 riyals. The insurance company’s maximum was 250,000. It was obvious that this was all about the money. When I tried to take my baby home, security beat me up in the parking lot of the hospital and took my baby from me. They weren’t going to release the baby until they got the 50,000 riyals they said I owed. I was arrested as a result of the incident.

Other families had gruesome tales of botched Cesarean deliveries (a procedure in which a baby is removed through the mother’s abdomen) and outmoded surgical procedures, such episiotomies (cutting the vaginal opening) performed without local anaesthetic.

What’s this mean for expat mothers-to-be? First, don’t assume every Saudi maternity ward is a chamber of horrors. Talk to friends and co-workers about their experiences, seek out recommendations. If you still have concerns, look into the cost of giving birth in another country. The UAE, for example, has an excellent reputation for maternity care. You can also explore options in your home country.

At the end of the day, pinching pennies is simply not worth risking your health and that of your newborn.

It certainly important to highlight the considerations parents might need to make when choosing where to birth their baby in places such as Saudi Arabia or anywhere in the world for that matter. However, I do not understand what information the author is trying to transfer to parents birthing in Saudi. I think that parents can take certainly responsibilities in their pregnancy and in their birth preparation and find a suitable care provider in Saudi. Horror stories are not particularly useful unless aligned with ways to prevent the complications happening in the first place so it becomes more of a :”how to prevent or reduce” rather than this is what will happen, media very rarely touts the good things happening and the wonderful stories. The term pinching pennies is often why people are living and working as an expatriate. Its not so much for the absolute love of their new residence , its to have adventure, expand a CV or in many cases pay no tax. I am writing a piece on expatriate birth choices and hope to assist parents with useful information to empower them not make them feel guilty.