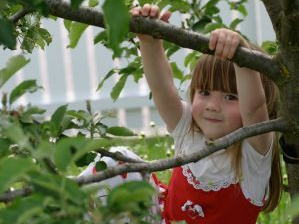 Countries with high expat salaries are not found to be good environments for raising children.

The reasons these countries ranked so highly as a good place to bring up children are related to health, safety and environment. Respondents reported their children spent more time outdoors than the average (France 53%, Netherlands 53% and Australia 75%). Children also played more sport (France 47%, Netherlands 56% and Australia 81%). This was compared with the survey average, 47% and 46% respectively.

On the other hand, countries which were ranked low on the Raising Children Abroad table, UK (10th out of 10 countries), the USA (9th out of 10) and Mexico (8th out of 10) tend to score highly for expat salaries (joint 10th and 9th respectively out of 31 countries).

Safety also appeared to play a factor in why these countries scored so poorly. The average percentage of expats who feel their children’s safety has deteriorated since relocation is 16%. A quarter of people who moved to the U.S said the safety of their children had declined, 28% in the UK and three quarters of people in Mexico reported the same.

For people without children, Thailand was ranked as the best country in terms of overall “expat experience”. It is seen as the easiest place to find accommodation, organize healthcare and has a healthy work-life balance.